As always, after the release of the distribution is still time for new developments. Now that time has been spent on supporting cards. Result - Stage 20110420. Because of the many changes I would call this image an alpha version 11.6. Alpha, not because he is not stable, but because not everyone has all the inherent capabilities implemented (see “Operational Plan”: http://www.calculate-linux.ru/projects/calculatelinux/roadmap). Nevertheless, the latest Stage assembly is much easier to start studying Calculate.

1. The first thing you’ll notice is the ability to select the video driver by pressing F5 at the boot menu livecd (see Pic. 1 and Pic. 2). 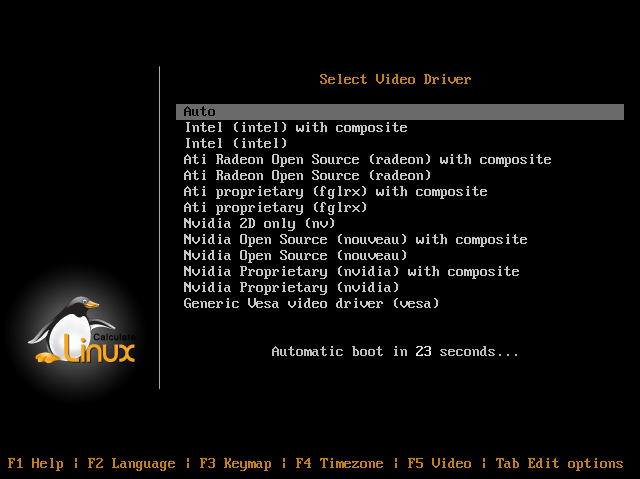 Pic 1. The choice of video driver 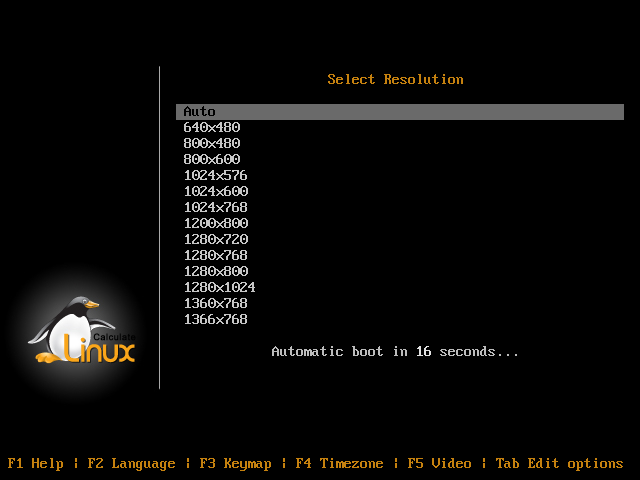 Pic 2. The choice of screen resolution

2. Second, what you notice - the usual penguin boot as earlier appear almost immediately after you start downloading. Image loading will be displayed in the right resolution, even with uvesafb. Once the topic will be rewritten, any distortions in widescreen monitors will not (see Pic. 3). 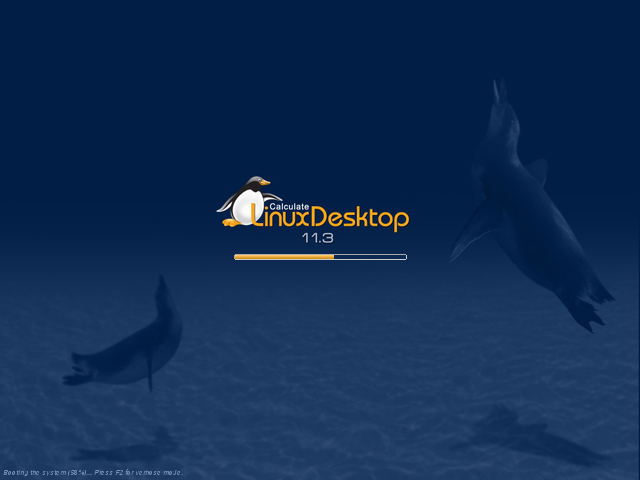 Pic 3. Booting the system with the selected screen resolution of 640x480

3. Faster download speeds. Farewell to uplift all the modules! Previously used approach remove unused modules from the initramfs now replaced by avtopodnyatie modules via udev (see Pic 4). Accelerates not only download, but installation, because now initramfs not repackage the installation process. 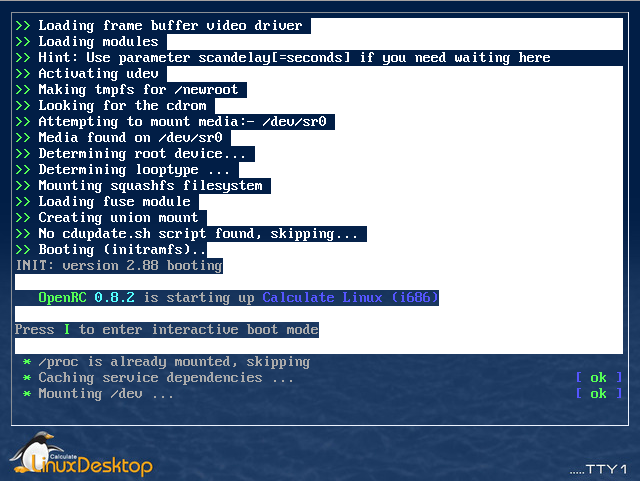 4. If you have not chosen a proprietary video driver Nvidia, it will not be in the system. By default, the work opensorsnye video driver. We ventured to include acceleration and ATI. Check for yourself if we have made a choice.

5. Stage image in contrast to 11.3 hybrid, and supports recording to stick with the utility <

>. Although such a possibility has appeared in previous Stage assemblies, I would like to it again to pay attention.

Currently, updates are available for CLD, CLDG, CLDX and CDS, and loaded onto a mirror. For CLS and CSS will update later.